Laurie A. Walsh, RN, BSN, MSN, CNO, is a well-versed registered nurse who serves patients as Vice President and Chief Nursing Officer at NewYork-Presbyterian/Lawrence Hospital in Bronxville, New York. She has an impressive professional journey that spans twelve years and her areas of expertise cover medical/surgical nursing, critical care nursing, inpatient nursing, and perioperative care nursing. Her background also includes EMR, health care management, faculty practice plan nursing, regulatory and accreditation requirements, and clinical education. Laurie has participated in the design and implementation of new facilities and new programs. Prior to her current endeavors, she served as Director of Nursing Women and Children’s Health and Peri-operative Services at NYP/Lower Manhattan (2013-2105) and Director of Peri-anesthesia Services at NYP/Weill Cornell Medical Center (2007-2013). Throughout her many years in practice, Laurie has upheld a steadfast commitment to the ethical and professional standards of her work, as evidenced by her sterling record, and ensures an impeccable degree of patient satisfaction in all facets of her practice. Laurie has received several leadership awards including Excellence in Nursing Leadership Award (1999), Service Excellence Awards (2003), Patient Centered Care Leadership Award (2009), and the President’s Circle Leadership Award (2011) in recognition of her outstanding contribution to NYP. For more information about Laurie A. Walsh, CNO, please visit https://www.linkedin.com/in/laurie-ann-walsh-0b9b9bb0/.

Laurie A. Walsh, RN, BSN, MSN, CNO, attended Mount Saint Mary College in Newburgh, New York, and was awarded her Bachelor degree of Science in Nursing in 1983. Her credentials include her Master degree of Science in Nursing with Nursing Administration concentration from CUNY Hunter College New York, New York. Laurie completed Wharton’s Nurse Leader Program in 2007 and is currently pursuing her Doctorate of Nursing Practice at Case Western Reserve University Frances Payne Bolton School of Nursing in Cleveland, Ohio. She remains at the forefront of her challenging field via memberships and affiliations with prestigious professional societies and associations, such as the American Organization of Nurse Executives, the Association of Women’s Health, Obstetric and Neonatal Nurses, the American Nurses Association, the New York Organization of Nurse Executives and Leaders, the Association of periOperative Registered Nurses, the American Society of PeriAnesthesia Nurses, and Healthcare Leaders of New York. As a result of her outstanding performance in the field of nursing, The International Nurses Association (INA) has selected Laurie A. Walsh, RN, BSN, MSN, CNO, to be featured in the premier publication of The Worldwide Leaders in Healthcare. She feels that her success is attributable primarily to her hard work, good mentors, passion for her job, and genuinely loving her patients. Laurie dedicates her free time to arts and culture. For more information about Laurie A. Walsh, CNO, please visit https://www.linkedin.com/in/laurie-ann-walsh-0b9b9bb0/. 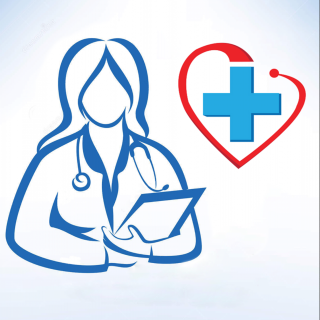